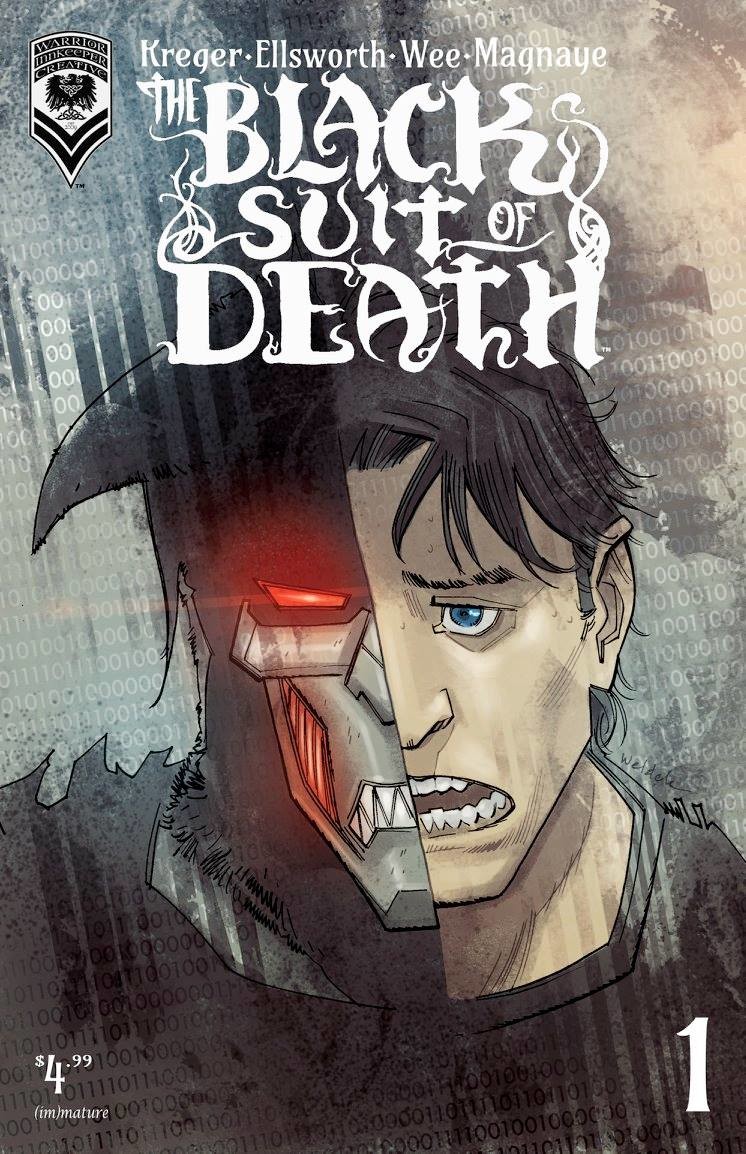 Edd Grimes survived a drunken, do-nothing, abusive father, an inattentive mother, school bullies and social awkwardness by escaping into the worlds of fantasy provided by comic books, movies and tabletop role-playing-games. Though he found some reprieve through creative endeavors like writing and drawing his own comics, Edd continued to struggle with mental illness and after the "worst day of his life," he gave up. Where he thought he'd find a release from pain, he found only... The Black Suit of Death!

Endings and Beginnings is available now on ComiXology!

Pencils and Inks by Dexter Wee