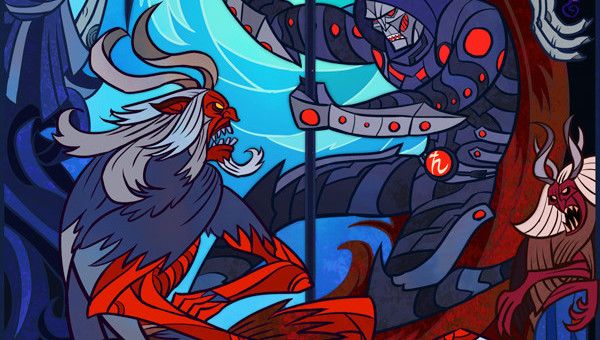 a Poem for the Holidays by E.R. Ellsworth & Benjamin J. Kreger 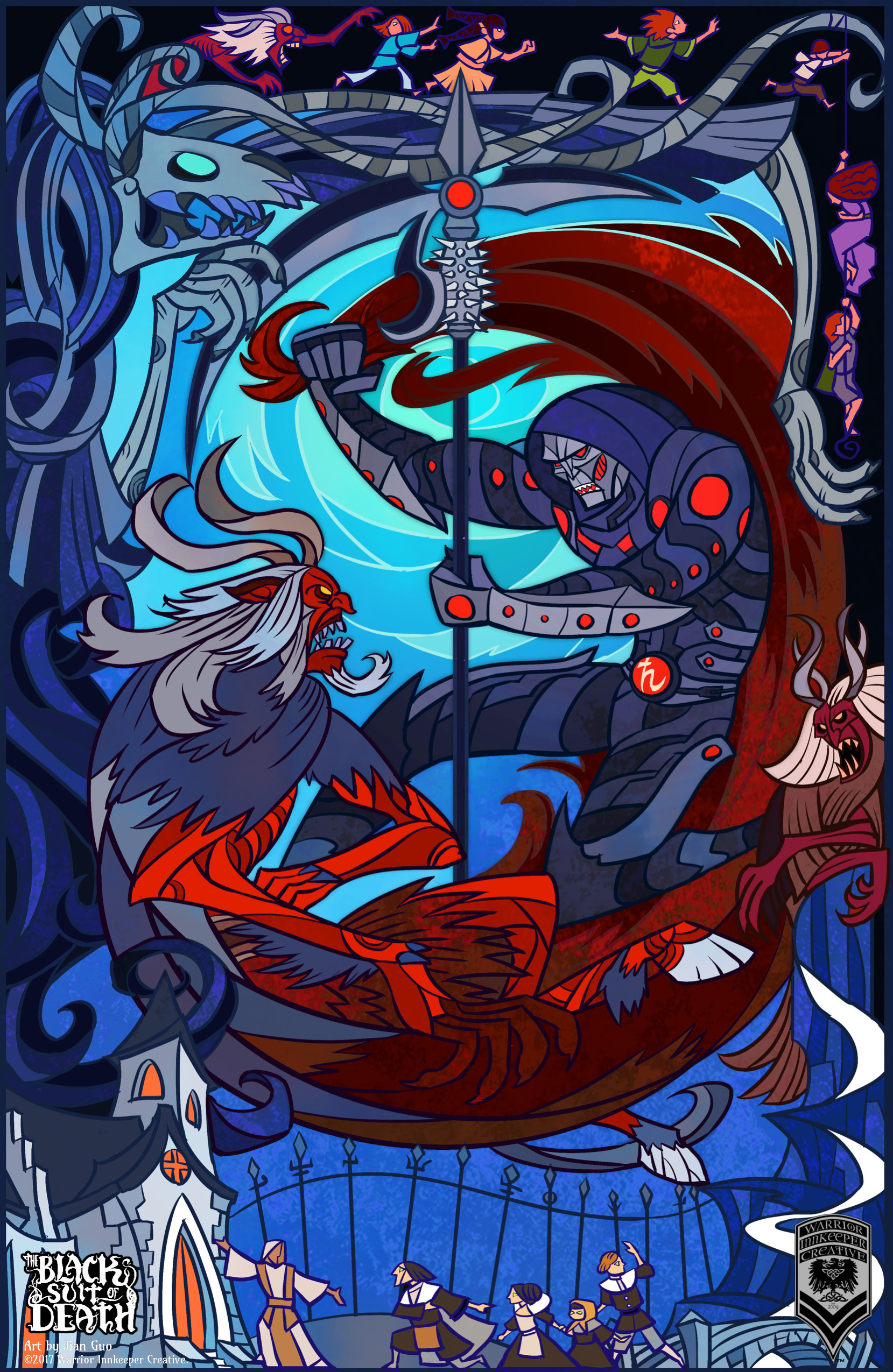 Something’s missing from all the tales you have been told.
Santa Claus, it turns out, is not what we’ve been sold.
It ‘twas the night before Christmas long, long ago
When a monk called Nicolas faced his ultimate foe.

Harsh and cold were the winter winds that fateful day
When the Krampus and his minions came out to play,
To steal all the children and steal all of their toys
To snatch up all the young girls and all the young boys.

Little did Krampus know, nor his elves in the street,
A Utopian scythe would soon carve up their meat.
For the monk had sworn to protect, to his dying breath,
All the children with a secret Suit, Black as Death.

Upon a horseless sleigh the little devils flew,
Never will you see a more dastardly crew.
Down they went through the chimneys, with empty red sacks
Coming back up with their loot, bags filled to the max,

A Son and father played in the downy white snow,
Unprepared for the dangers they did not yet know.
Horrid monsters and evil elves on cloven hooves,
Around the village they landed on tops of rooves.

With an evil laugh and crack of his cruel whip,
Krampus snatched up the son from the father’s tight grip.
Angry, scared, knowing he could not win in this fight,
Off the father ran to find someone who just might.

Inside the church walls, the monk heard the father’s plea.
He knew what to do but not what the cost would be,
For the Black Suit of Death must be worn by the bold,
Those brave enough to wield powers dark and untold.

The monk’s holy book taught him, “thou shalt not kill.”
Donning the Suit would surely be against His will.
The choice given weighed on his mind with heavy strife.
Is it still a Sin if protecting a child’s life?

“Dash it all,” he said, “smash it all, dash it all aside!”
Young lives were at risk, there was nothing to decide.
Through the shadows of ancient corridors he ran,
Searching their depths for the weapon of his plan.

Kept safe and secret from hands of the unworthy,
In a casket rested power, most unearthly.
The Suit called to him, tearing open the old wound.
Yet Nicolas smiled, knowing Krampus was now doomed.

Outside the children cried as the village burned,
While the Krampus laughed at all that he had spurned.
Taken by revel the creature was blind to see,
That a deadly reckoning soon there would be.

The church doors flung open with the sound of a boom.
A dark angel shouted, his voice vengeance consumed,
“Daemon your life is forfeit, worthy you are not!
The vengeance of my blade your evil deeds have wrought!”

Evil elves rushed to defend Krampus from this threat
But a swift and gruesome end is all that they met.
Severed limbs, how they flew, and blood how it splattered.
One dodged the blade but soon its skull would be shattered.

Seeing that all of his minions were so dispatched,
Krampus tried to flee, knowing that he was outmatched,
But the Black Suit of Death leapt in front of his path,
“You are unworthy! Now lets finish this bloodbath!”

The Black-Suited hero with his scythe gave a stroke
Cleaved the horned head of the kidnapping bloke.
Blood as red as can be, shot from its neck’s gape,
And soaked the monk’s suit from his boots to his nape.

He returned the children to parents, their arms wide spread
And found the stolen toys in the thieves’ mystic sled.
To the good children he would give these treasures away,
Thus was born the myth of Santa Claus we know today.

Centuries have gone, and the monk is now Sainted
But men of power have left history tainted.
St. Nick is the name some now like to call him
His gory tale, the bard's ever endeavor to skim.