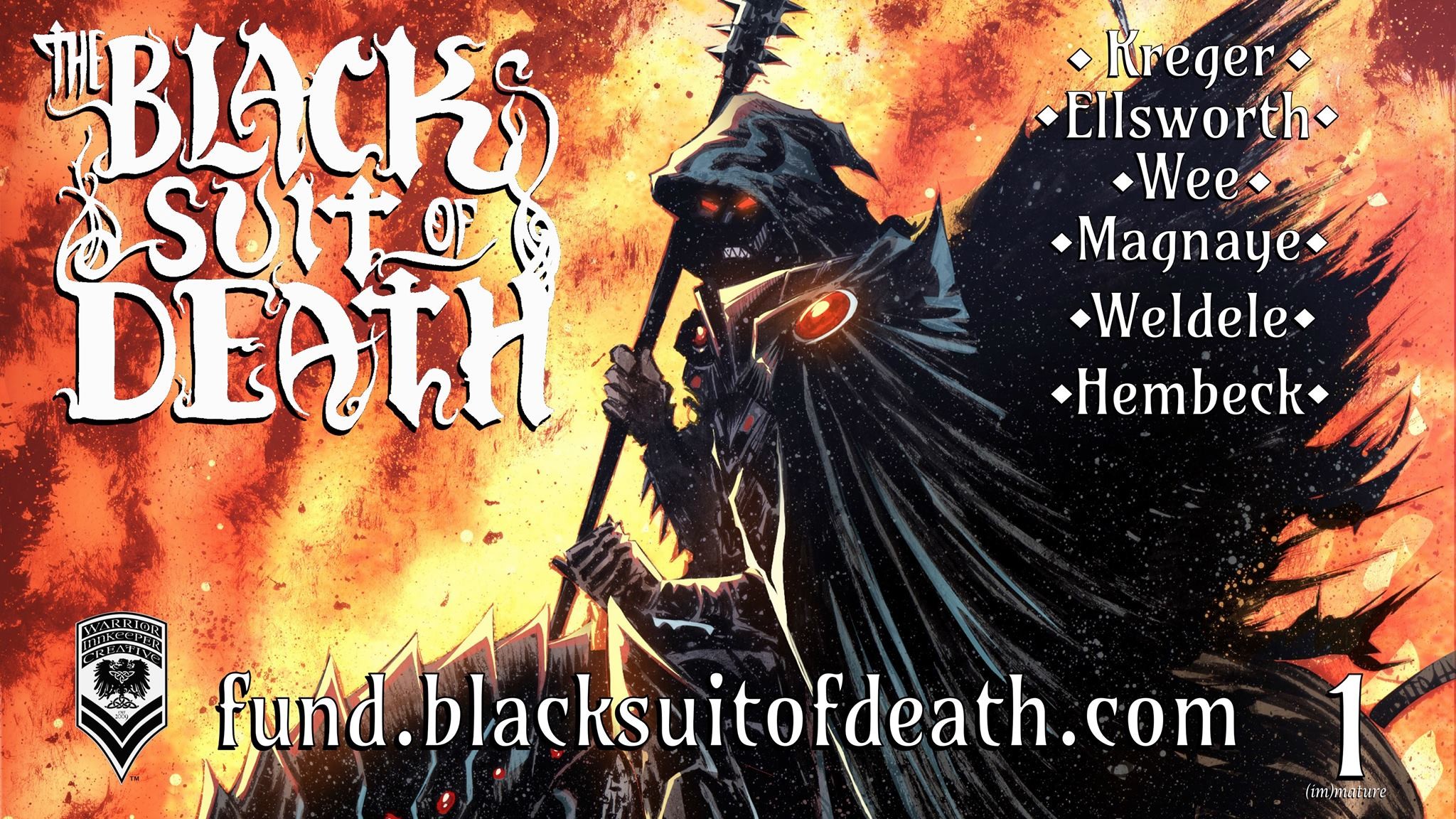 There’s a reason for the stereotype of the starving artist.

For many creative people, creating is not really optional. Sure, most of us love it when other people appreciate our work, but even if no one else cared, we’d still keep creating. It’s a compulsion.

But creating often costs more than time. A painter has to spend a small fortune on paints, canvas, brushes and dozens of other supplies. Sculptors pay for clay, chisels, armatures, etc.

Comic book writers, unless they are artists, have to pay for artwork.

The beauty of Kickstarter, and crowdfunding in general, is that people can get funding to turn their crazy ideas into reality. Creators can bypass the traditional gatekeepers of entertainment and take their ideas directly to consumers. That is exactly what we are attempting to do with our Kickstarter for Black Suit of Death.

But running a successful Kickstarter for a comic book requires artwork. Artwork is, and should be, expensive. Artists deserve to be well compensated for their talent and skill. So while Kickstarter offers an amazing platform for funding creative projects, it isn’t just free money.

I recently wrote about this somewhat in an article for Bleeding Cool. While the response was mostly positive, I was a little surprised to see some backlash against the idea of running a Kickstarter for a comic that wasn’t already fully produced. One comment poked fun at the idea that we “have to sell plasma to complete 3 pages” and suggested that we get an artist to basically work on spec.

I can understand this person’s position. They have been burned by Kickstarter projects that never delivered. However, neither Ben nor I are comfortable asking any artist to do work on our project without being sure we could pay them.

More importantly, I have a different view of an artist who has to “sell plasma” to fund their work. Someone who has financial limitations, but has done what they could to pull together a preview for their book seems like a plus to me. If they are selling plasma just for a chance at funding, it tells me they are dedicated to the work, and will do what it takes to make it happen.

Kevin Smith sold his comic book collection and maxed out his credit cards to make Clerks. Robert Kirkman went thousands of dollars into debt to publish his first comics. If Kickstarter were around when they were starting out, they likely would have crowdfunded their projects. And had they done so, some random person on the Internet might have seen their campaign and said, “these guys are broke and can’t be trusted; I’m not risking my money on that”.

On a totally unrelated note, if you want to help 2 starving artists fund their passion, you can throw a couple of bucks at our Kickstarter here: http://fund.blacksuitofdeath.com