Letter to the Editor of The Xyon Gazette 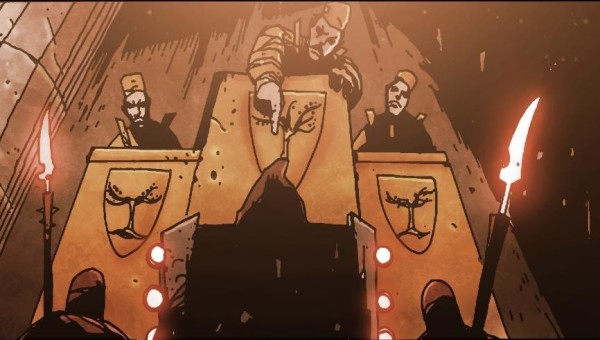 There is a Solution to our Energy Crisis 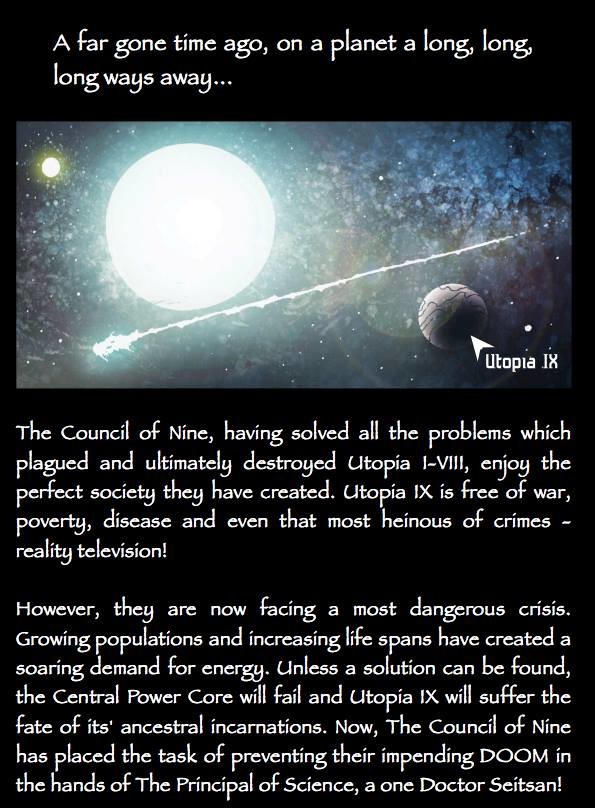 Gentle reader, I come before you today to address an issue that those in the halls of power would rather ignore. We find ourselves on a path thin as graphene with canyons of annihilation on either side and a sinister fog to further befuddle our senses. The inept leadership of The Council of Nine brought us here and they have no idea how to find the way forward.

I have given great consideration to the consequences I’m likely to face for what I’m about to reveal. Due to the incident reported as a terrorist attack in the Tribunal Hall last month it is politically verboten to criticize any of the Nine. At the very least I am risking my career as a civil servant. There’s also a good possibility that the Council will banish me to the Mines of Xarkon, should the Gazette deign to publish this. But what choice do I have? If I don’t speak out, they will lead us right over the precipice. I can’t let that happen without doing everything I can to save our civilization.

For the past twenty-five years I’ve served as a high-level advisor for the Council of Nine. Like a few others, I have been here helping things run smoothly as new Councilors came and went. I was there the day Councilor Randik collapsed in the middle of a budget debate. I was there when a representative from the Commune of Science got in a fist fight with a delegate from the Ministry of Culture right on the Council floor. And, yes, I was there on that day of infamy last month when six of the Nine were slaughtered.

I’m here to tell you that the official report, while not entirely fiction, is at the very best a master-work of deception. This was not the work of some fringe terrorist group but of one man. His name was Doctor Philo Seitsan.

If that name sounds familiar it’s because Sietsan was a top scientist working for Commune of Science. The Council of Nine had tasked him with finding a solution to the global energy crisis that most of us here on Utopia IX don’t even believe is happening.

Here’s where things get weird. See, Seitsan accomplished his task. That’s why he was in the Tribunal Hall that day. He had come to present his solution to the energy crisis. 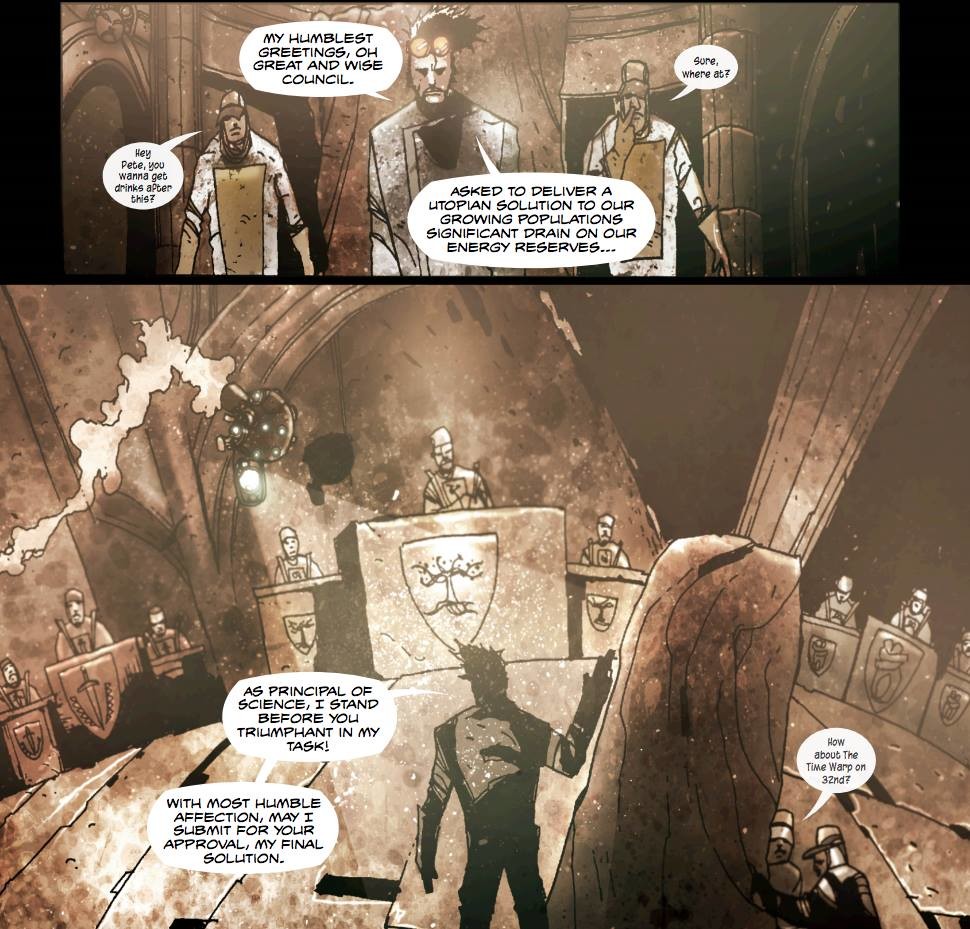 Seitsan’s solution was...unorthodox. Blinded by their own dogma the Council rejected it with extreme prejudice. They didn’t stop there, however. So offended were they by what Seitsan proposed that they ordered him stripped of his title and banished. Oh how they love to send troublesome people to Xarkon.

That’s when all Hell broke loose. 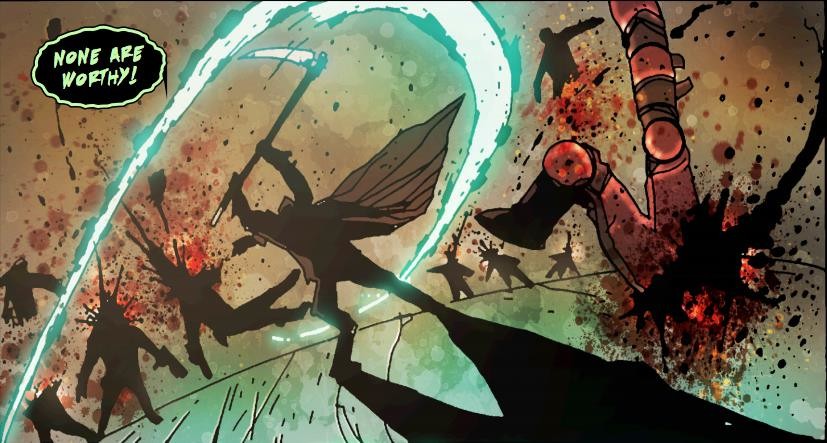 To explain what happened you need to know a little bit about what Seitsan proposed. He believed that the problem on Utopia IX was not only the need for more energy but that we were squandering the energy we had on people undeserving of the benefits of our great civilization. He came up with a way to attack both problems in the form of a biomechanoid suit designed to harvest the life energy of our most useless citizens. Seitsan, known to many to have a flair for the dramatic, dubbed his creation The Black Suit of Death. 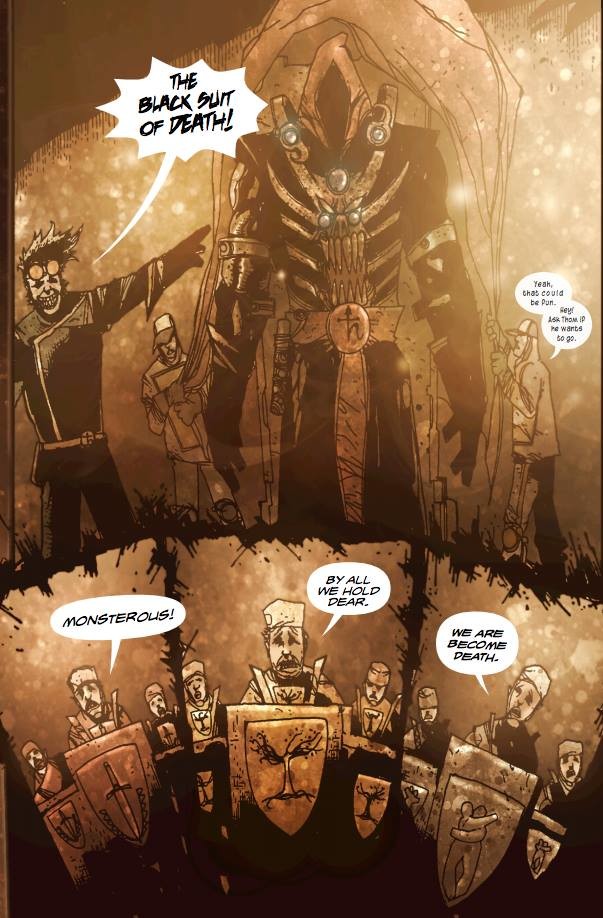 Whatever sanity remained to the mind of Doctor Seitsan was lost when the Council passed their judgment. He activated his device, harvesting the lives of so many in the Council Chamber before he was subdued.

This was a tragedy to be certain but it was no terrorist attack. While I don’t condone Seitsan’s actions that day, I do share his frustration. His solution WOULD have solved our problem but the Council would not listen to reason.

Some of you, perhaps many of you, might be just as appalled as the Council was with Seitsan’s idea. With respect, you don’t understand the magnitude of the situation. The power disruptions so far have been contained mostly to rural areas and thus far distributed enough to appear as random incidents.

But I have seen the readings from our planetary battery core. I’ve analyzed the data myself. I write this to tell you we are only months away from disaster. Within the coming weeks you can expect to see rolling brownouts in major cities. Then entire sections of the grid will fail. The officials will tell you that power should be restored soon, but it is more likely that the entire core will fail, plunging our civilization into chaos.

Imagine you are spelunking in the Unpronounceable Caves of Xreogrulfu and there’s a quake. A stalactite falls and crushes your legs. Your emergency beacon activates to contact emergency services but a rolling blackout has knocked the communications array offline. Will your moral outrage at harvesting energy from the unworthy keep you alive long enough for rescue? Doubtful. 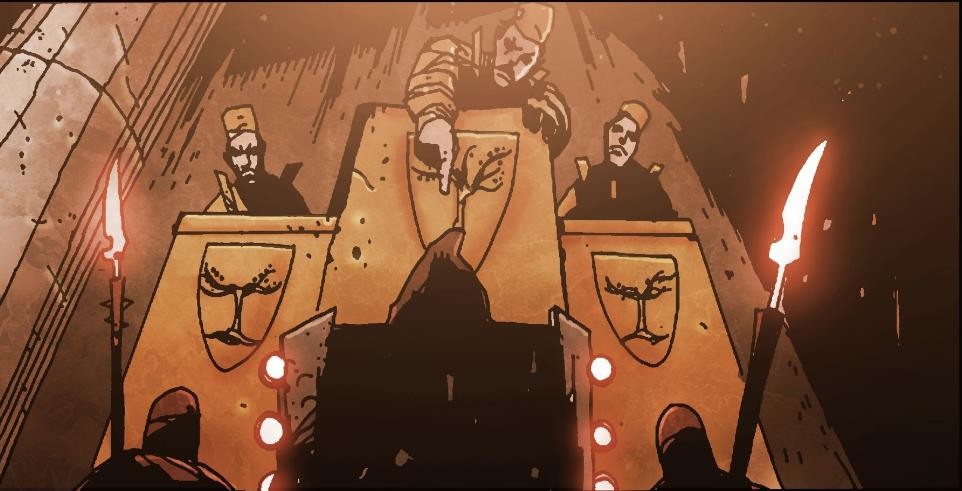 This is our future if we do not act. I don’t want to cause a panic but you will die alone in a cave unless we solve this energy crisis! Seitsan was banished to the barbaric wasteland of Earth but his research is still here on Utopia IX. I urge you to contact your Council representative and demand they release all his papers to the public so it can be analyzed by independent citizen scientists.