A Funny Thing Happened on the Way to Our Kickstarter 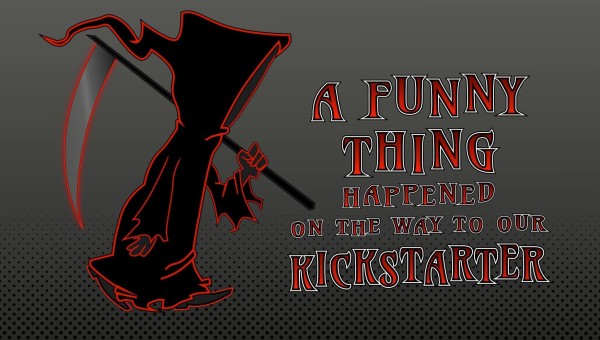 The votes were in, our readers wanted more Black Suit of Death!

In July of 2015, we set up a survey asking our readers which they'd prefer, a Kickstarter supporting an all-ages comic or one supporting the first issue of our (im)mature comic. You sycophants chose BSD. So, a month later, Ed and I thought we were ready to launch a campaign for Black Suit of Death #1.

What fools we were. Sure we'd done our research, we'd contacted comic related media and even appeared as guests on a few great podcasts. Despite all we reached only 40% of our goal.

Ed and I had walked away with loads of new Kickstarter knowledge and experience. We'd met some really great people along our journey, our comic gained worldwide exposure, and we even had a Backer meet us in person - granting us enough cash to create a couple pages of art in preparation for the relaunch!

Though we missed our goal, the campaign we ran in August and September of 2015 managed to give us a Kickstart of sorts nonetheless… or at the very least a tap start.

I'm very grateful for all of this but I recently came to realize another gift we inadvertently received by failing - time.

We gave ourselves six months to pull our pants up and get our act together. With lots to consider and even more to accomplish we had our work cut out for us. So it made total sense to look over the script again, cause we surely didn't have enough on our plates already. (I'm being facetious). It was a good thing we had.

Don't get me wrong, when we launched the initial Kickstarter the script for BSD #1 was a lot of fun, it was very entertaining, and I've no doubt it would have been worth our Backers investment. That said, it was missing something important. Something my stubbornness to end the issue the way I wanted prevented me from seeing, yet was obvious to everyone else who read the script - the Black Suit of Death didn't make an appearance.

It's difficult to make my case cause *Spoilers* suffice to say, I was wrong.

Ed and I started a fresh draft in Google Docs and began rehashing the script. We knew we loved the first few pages, these would be needed before the relaunch as a preview, so we only touched on those, tightening up the scene before handing them to Dexter Wee to work the magic that he does so well. 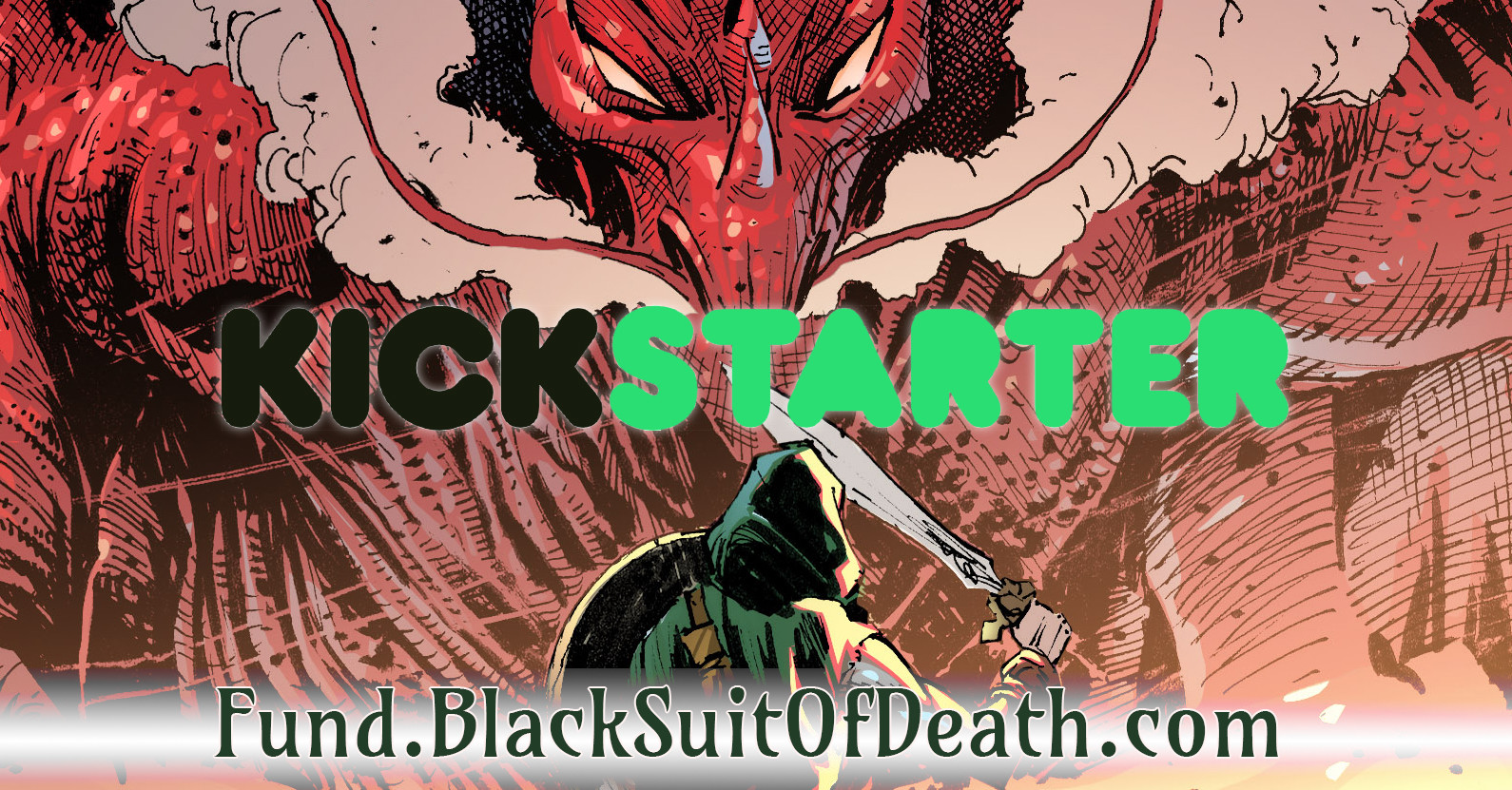 I'll note here, the first draft of BSD #1 came in at nearly thirty-six pages. We had trimmed it down to a traditional twenty-four before July’s poll. The story was strictly an introduction to the series's characters and exposition leading up to our protagonist finding the B.S.D. with a fair share of comedy. Like I said, fun but sorta missing the title character.

Because each page of a comic costs hundreds of dollars to produce, I was reluctant to add more. So, before we could fit the Black Suit of Death in his full and delightful glory, trimming of the script was needed. Surprisingly, Ed and I found three and half pages of fat which easily fell to the wayside. By tightening a few other scenes we were able to give ourselves four full pages for the new scene (sniped from issue #2).

From time to time, I'm asked for advice on writing. My go to piece is always, “be true to the story. Be true to the characters.”

In my stubbornness to bring this issue in at twenty-four pages I had been acting like a publisher not the indie publisher I am. I had forgotten my own advice. I wasn't being true to the story. BSD #1 needed to be a complete origin story and I'd forgotten that.

A couple weeks ago, Ed and I put the final touches on the final final draft. Issue #1 is now, exactly how it was always meant to be. I feel privileged to have had the opportunity and the experiences this journey has offered us. I'm thankful to all those who have followed along thus far and to those who will join us in the coming years.