3 Ways to Help a Kickstarter When You're Flat Broke 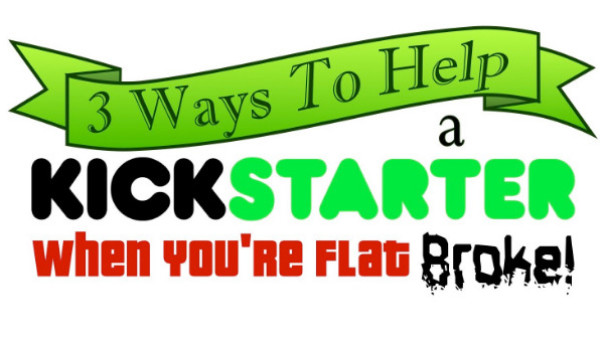 So your friend or family member is flooding their Facebook feed with posts about their Kickstarter. Maybe you’ve already pledged, or maybe you just can’t afford to chip in at the moment. You want to help out but you’re flat broke!

Here are three ways to help at little cost to nothing.

Crowdfunding is really a numbers game. It’s all about generating enough small pledges to meet the funding goal. This can only happen by getting the project in front of as many eyeballs as possible. By sharing the link to your favorite Kickstarter campaign, along with other content related to the project (posts, photos, etc.) you are contributing in a big way to it’s success, allowing people outside the creator’s network to learn about the project.

One of the greatest boosts a campaign might get is to become a Featured Project or Kickstarter of the Day. A project which has a lot of social media buzz has a better chance of getting the attention of Kickstarter staff, thus a good chance of being featured. Each time someone mentions Kickstarter on Twitter or tags them on Facebook in a post related to a project, it increases the chance of Kickstarter taking notice. So when sharing your favorite project don’t forget @Kickstarter!

Also, if you feel passionately about a particular project, you may email Kickstarter directly at [email protected] to tell them makes this project special and why it should be featured.

Comment, Like, Share, ReTweet, etc. Similar to number 1, engaging is just as important as sharing. By commenting or Liking posts on Facebook and Twitter, etc. you help make those posts more visible. When commenting, ask questions, especially of those who reply to your comments. This encourages the thread to keep going and increases its visibility.

If you’re not completely flat broke…

Maybe you have a few bucks in your bank account. Maybe you were planning on buying a burger at your favorite fast food joint. Maybe instead of supporting a giant soulless corporation, you drop those few bucks into an independent Kickstarter project. Now you’re a Backer, but maybe you feel awkward about telling anyone. Let me give a reason to share that fact with your social network.

When you’re a Backer, Kickstarter gives you the option to Share that fact with your Friends and Followers on Facebook and Twitter when you finish your initial pledge. They also send a notice via email to all your Followers on Kickstarter (Surprise, Kickstarter is a Social Network too!) When people see a project being supported it hooks their interest and encourages them to support it too. The more support a project has, the more likely it will meet or exceed its funding goal and the higher chance you have of actually receiving that reward you pledge for.

I might also note that you may pledge for as little as a $1.00 even if there is no reward at that level. Remember, every pledge counts. The more Backers a project has increases the chances of the it being noticed by Kickstarter and getting featured. 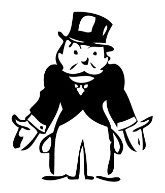